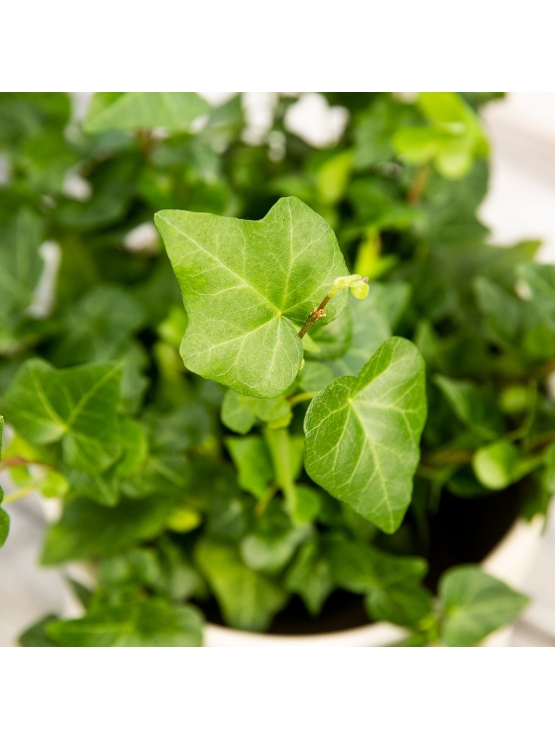 English Ivy (Scientific - Hedera Helix) is a vigorous and aggressive woody evergreen vine native to Europe and parts of Russia. when planted outdoors,English Ivy is used as an ornamental ground-cover or elegant green covering for stone or brick walls, which can often be spotted on stately old homes or on the buildings of many Ivy League college campuses (hence their unique moniker).

English ivy is best planted in the fall and will grow rapidly, eventually reaching up to 100 feet in length in some instances. It's considered a potentially invasive species in much of the United States,. Because many growers still want to enjoy the vine, it has also gained popularity as an indoor houseplant or for use in outdoor hanging baskets.Ivy is also a common house hold plant , which is somewhat surprising because it is considerably more finicky indoors than it is outdoors. The artificially warmed, dry air found in most heated homes as well as cool air-conditioned environments are not ideal for ivy. Nevertheless, ivy continues to be available in garden centers because of its beauty. When properly grown, English ivy can make for a wonderful trailing plant, climbing plant, and even indoor topiary.