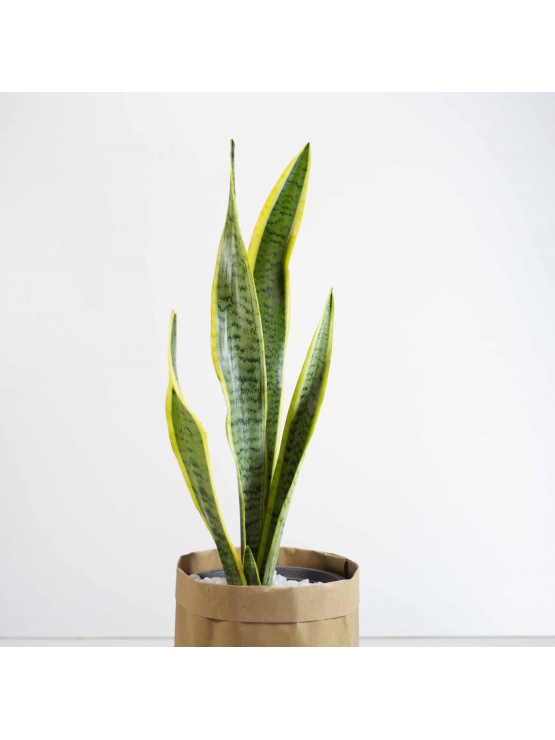 Snake Plant (Scientific - Sansevieria zeylanica | Sin - නියඳ) is one of the most popular and hardy species of house plant. An architectural species, it features stiff leaves that range from six inches to eight feet tall, depending on the variety. Snake Plants usually have green banded leaves, while the variety commonly known by its scientific name its also identical by its widely known fancy name which is " Mother-In-Law's Tongue"  typically features a yellow border.

Sansevieria was first cultivated in China and kept as a treasured houseplant because it was believed the eight gods bestowed their virtues (long life, prosperity, intelligence, beauty, art, poetry, health, and strength) upon those who grew the snake plant. Similar to other household succulents, snake plants help to filter indoor air. What's unique about this particular plant is that it's one of the few plants that can convert carbon dioxide (CO2) into oxygen at night. This quality makes it an ideal plant for bedroom decor as it can help regulate healthy airflow. Sansevieria has a demonstrated ability to remove formaldehyde and benzene from the air, Also can be used for air purification and to combat "sick building syndrome."

Snake plant is moderately toxic to people, dogs, and cats* If they ingest the plant, humans may suffer short-term symptoms including mouth pain, salivation, and some nausea 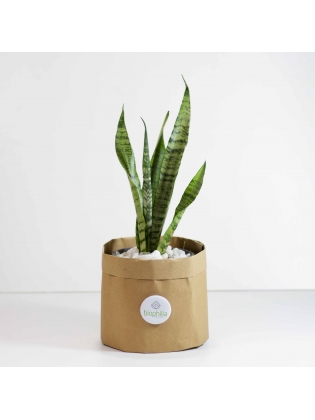 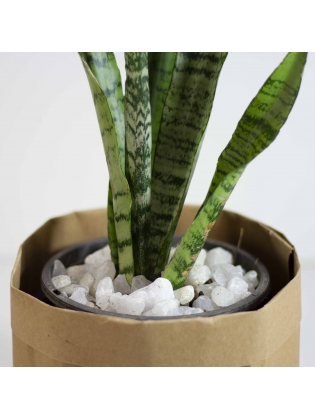